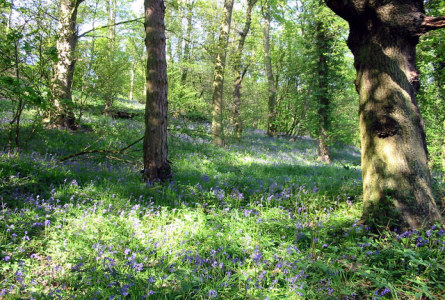 The first farmers cleared most of the woodland from the Magnesian Limestone escarpment, leaving only a few small woods on the steepest slopes. Large woodlands only survived at the coast, where the rugged terrain of the denes made farming impractical.

One of the most important woodlands is found at Castle Eden Dene National Nature Reserve. It is the largest and species richest ancient semi-natural woodland within Limestone Landscapes, covering 193ha and like most of the old woodlands in the area, it is dominated by Ash and Wych elm. It is here that the most extensive northerly occurrence of Yew woods in the UK also occurs and due to the rarity it is of internationally importance.

A number of other sites, smaller than Castle Eden Dene combine to form an important series of coastal Magnesian Limestone woodlands including Hawthorn, Ryhope, Crimdon and Seaham Denes. The ground flora of such woods tends to be species-rich with Bluebells, Wild Garlic, Dog’s Mercury, Sanicle and Wood Anemone abundant. Species of particular note include Herb Paris, Bird’s-nest Orchid and Hart’s-tongue Fern.