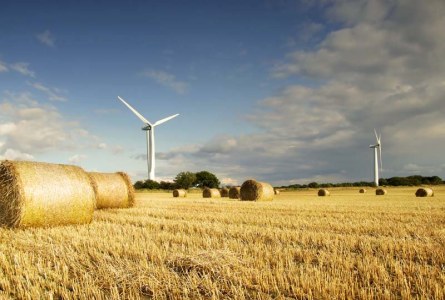 The farmland of Limestone Landscapes is predominantly arable, although pasture can be found on the steeper escarpment slopes. Where grassland has been less intensively managed, areas of older, more diverse, Magnesian Limestone grassland occur.

The network of hedgerows running throughout the farmed landscape provide a vital resource for insects, mammals and farmland birds such as Tree Sparrow, Linnet, Bullfinch and Grey Partridge. As well as being an important habitat in their own right, they act as wildlife corridors allowing dispersal between habitats, and as a result they are a key habitat for bats.

Where rough grassland strips are left as a buffer between sown crops and the hedgerow or where ‘conservation headlands’ have been created, woodland edge flowers and insects also flourish.

Improved grassland, managed as pasture for livestock, horses or ponies is another component of the farmed landscape which is important for over wintering birds such as Lapwing and Song Thrush, and where grasslands forms a network with other habitats, mammals such as Badger, Brown Hare and Bats are likely to be found.